Idea for making an insulative "vacuum core brick" from an evacuated jar, beer or wine bottle surrounded by a clay or waste plastic brick

Following on from recent failed attempts with plastic bottles & vacuums

We have all seen bricks with big air holes in the middle, but ive not seen one with a vacuum inside.
As a vacumm is a beter insulator that air, this may make a better brick & reuse the bottle without more energy input compared to if it was recycled.

However, I theorise that this may complicate the manufacturing process and only be suitable for handmade bricks

Its assumed a beer & wine bottle will survive a vacumm as a jar did in this YT vid below .
if, so, wine & beer bottles can have air evacuated with the same process.

A metal plug / heat resistant glue may need to be used instead of rubber & tape in the video.

This is so they survive the brick firing process

If clay that dries in air is used, a plastic air filled bottle, reusing polystyrene waste or bubble wrap could be used, as there is no heat to melt the plastic


Update 14-10-18 : There may be an issue with the screw top metal cap melting on a wine bottle

So if an access hole is left in side of the brick , so the bottle can be accessed after firing the clay brick body. A crew top & rubber valve cover can be screwd on & the air evacuated by brick being inserted into a vacuum chamber .

A peg on the ajoining brick could fill this hole when brick is laid & lock it into place for stability  .
See drawing below. Other pegs could be added . similar to toy building bricks

Alternatively, recycled plastic could be used like in the www.Preciousplastic.com method or perhaps air crete  / foam concrete bricks 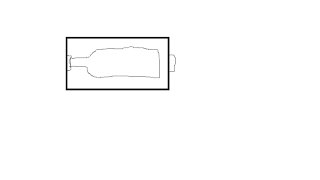 The bottle could also be filled with earth to grow plants / veg out of,  to cool a buildings wall.

Alternatively, perhaps an air filtering mechanism could be inserted into the bottle / void  like a similar idea


Will A Glass Vacuum Chamber Implode?

Pics below show some of the range of stainless steel fixings from split boxes.  We have been talking to boat repairers and others in the mar...