This is an initial attempt to improve a previous air filled design and is subject to change by experimentation. It aims to use less materials , with increased insualtion value  :

Update 12-10-18  The experiments below have failed

The foam / internal structure could not resist vacuum pressure, so the bottle imploded

We are now concentrating on making an insulative "vacuum brick" using  a glass wine or beer bottle. This will then be inserted into an insualteive panel or coverein clay & dried to form a vacuum brick

This eco brick is designed to go in an insulaled panel surrounded by expanding foam or other filler . It's not designed to be load bearing, by being stacked on its side like a traditional eco brick

These tubes diameter woud be smaller than the opening of the bottle, so they fitted inside.

There would be about 660 pounds of force trying to collapse that little bottle.

2a. Filling with cardboard

Fill the bottle up with these tubes, but not enought to crush the cardboard wall. leave 20-40mm empty space at neck of bottle.

2b. Filling with bubble wrap or polystyrene

Perhaps if the bottles were filled with bubble wrap and / or shredded / small lengths of polystyrene , they would a similar but less insualtive (as they would contain more air , instead of partial vacuum)

3.  Evacuating the air and sealing the bottle

prepare the cap by drilling a small hole |& inserting rigid wall tube through it of approx length 80mm. put pu glue around tube / cap hole to seal it from air


Put a small length of tube in the top that goes down into the cardboard/ plastic section.
Then spray expanding foam to fill the top 20-40mm void .


connect an air evacuation pump / adapted vaccuum cleaner to the end of tube once foam has dried. Evacuate air & seal tube with a spot of pu glue

3b. A "sports cap" made of plastic, as seen on many water bottles, here seen in closed configuration. can be evacuted with air by covering with a rubber nozzle, then pushing shut .


Eco-Bricks - A plastic solution for the trash dilemma


There would be about 660 pounds of force trying to collapse that little bottle.

"Assuming you are on the planet earth and  the bottle is crushed by the air pressure. 15 PSI atmospheric pressure is at the surface, on a 20 oz water bottle it probably has around 44 square inches by my mental math reckoning.


That would be about 660 pounds of force trying to collapse that little bottle."

edit: tried it with cardboard rolls, but they get a bit crushed as they alter ones go in, affecting strength 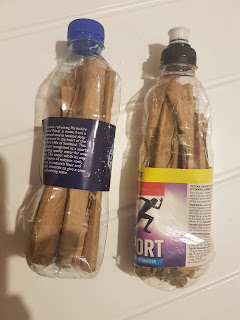 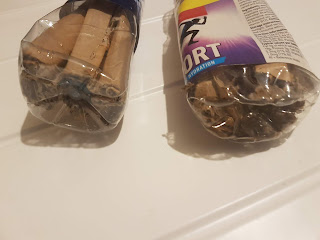 Update: Pu Glue Idea (yet to be tested as the expanding foam idea below appeared more promising )

Idea with cutting the top off one bottle and sliding another bottle inside it.

1. this was tried , but wall was not strong enough to stop evacuated bottle being crushed.

2. new idea to coat inside of outer bottle (between walls ) with PU expanding glue . this will hopefully lubricate, helping the sliding in of the bottle. Then when glue hardens & expands, it will press against the 2 walls, streching plastic and making them stronger, perhaps enough to withstand a vacuum

3. perhaps an expanding device like a cocktail umbrella or tensegrity structure could be inserted into bottle, then expanded to support it from inside. Ball of bubble wrap / polystyrene may be used   .

NOTE.This experiment appears to have failed as when air is removerd from bottle, the foam does not stick to the inside of the 2L pet bottle, so the bottle collapses .

An internal lattice is believed to be need to stop the bottle implosion.

A. holes cut in either end of 2L bottle & smaller water bottles filled with water placed inside .

Expanding foam then sprayed down the sides 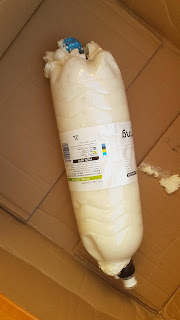 B. 2 x 2L bottles have top cut off & spit down sidethen taped to water filled bottle. spare caps were used as psacers to allow for foam to be thick enough in wall .
Grp reinforced tape (GRT) was wrapped around bottle side to keep in place & limit expansion of foam. 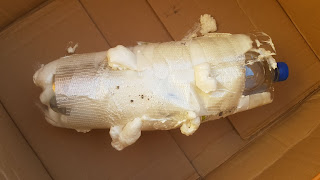 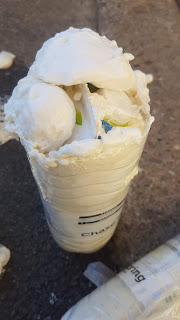 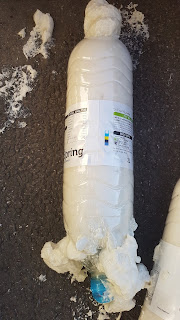 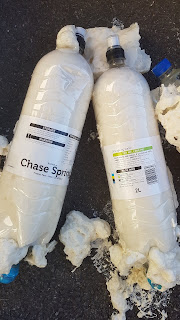 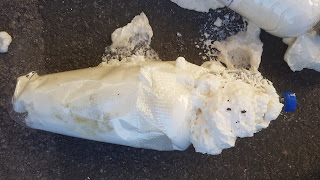 : Fitting smaller bottles inside big ones. Small bottle will be filled with air / soil / plastic / paper then air will be evacuated from around them .

Hopefully the inner bottles structure will be strong enough to stop the outer one collapsing .

Initial difficulty is reinflating the inner bottle . filling it & replacing cap, though I believe it can be done 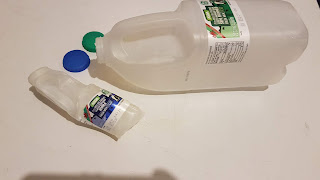 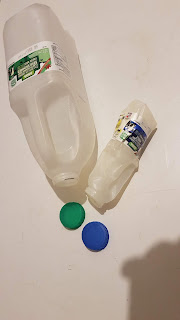 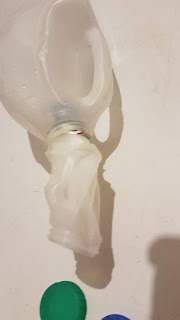 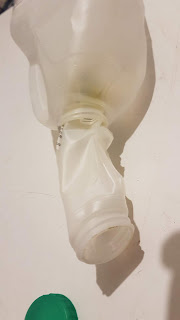 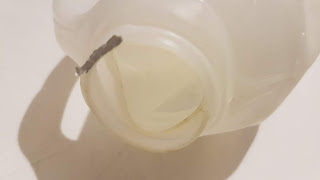 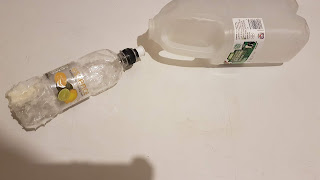 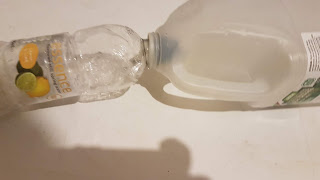 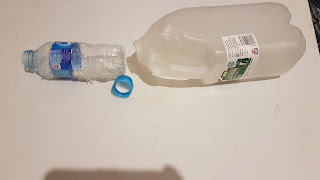 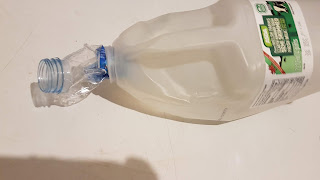 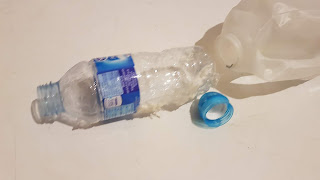 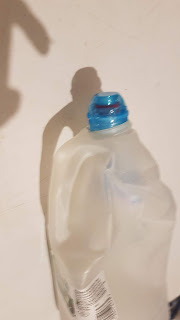 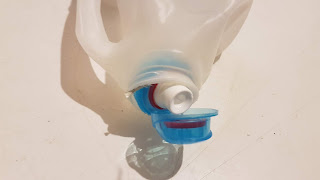 Barriers for Deconstruction and Reuse/Recycling of Construction Materials (Across the World) by the international council for research &...