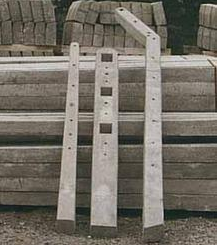 Pics of other types of concrete fence  posts, apart from slotted ones already experimented with.

When used for foundation beams, vertical frame beams can be slotted in or rebar to fix to the soil, can be threaded through small holes. Also, these holes can be used to join slotted crank arms posts (post with bent top on the right in pic) together to form a hexayurt type shelter base (see rough drawing below) 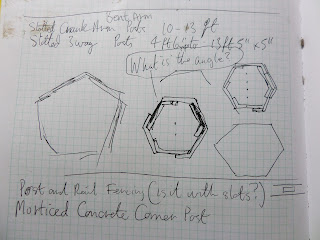 slotted crank arms posts (post with bent top on the right in pic 1) may be able to be joined together to form a base together to form a hexayurt type shelter base, The angle looks  the same , but a web sch or mnftr email has not confirmed.

Rebar loops could be used to secure further to the ground 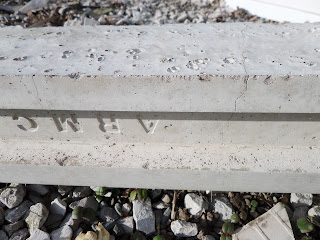 Idea was to establish whether galv. purlin was needed underneath to support. I think this is best as if beam cracks,  galn metal skin will contain it & it still function in compression
at April 14, 2016 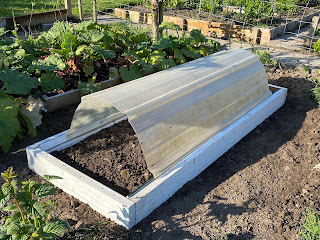